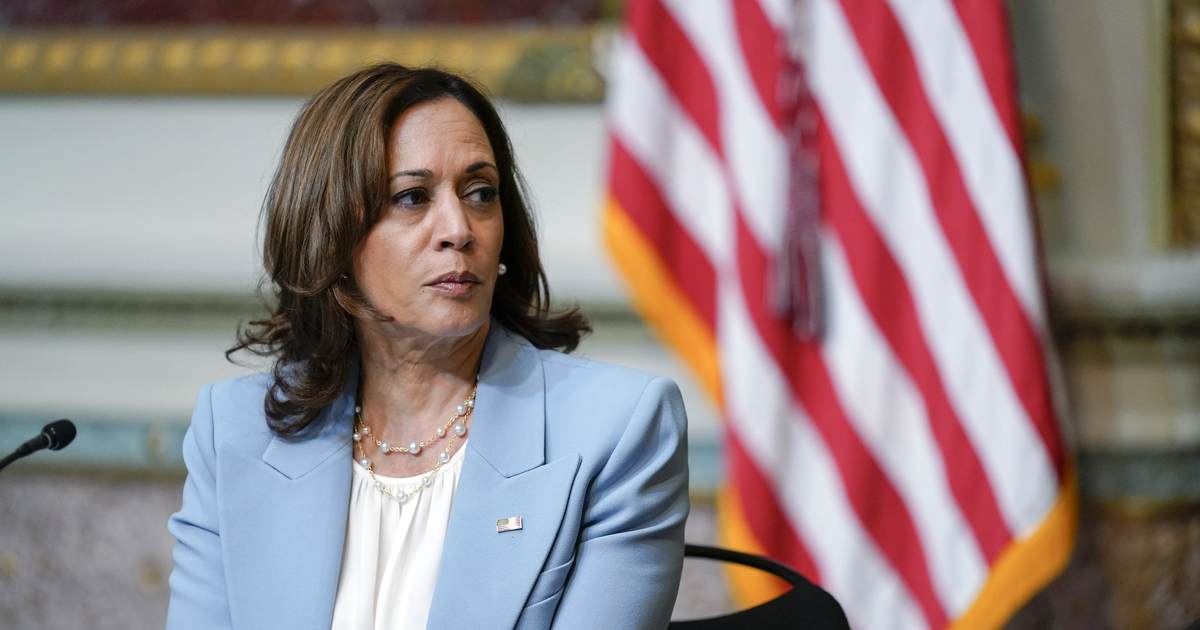 Happy Thursday, dear Kruiser Morning Briefing friends. Marigold occasionally deprived herself of potstickers to remind herself of the dark time in her life when she didn’t live near a Trader Joe’s.


Apparently, Kamala Harris is still the Vice President of the United States of America. It’s not easy to determine that from most daily news cycles.

This is a good time to remember that Her Most Uncomfortable Cackleness isn’t really popular among the people in her own party. She was drummed out of the 2020 Democratic presidential nomination when it was still 2019. When Biden promised to pick a Black woman as his running mate, Harris was thrown into a very small employment pool. As with much of her rise in California, she got lucky.

Stacey wrote something yesterday that was both amusing and telling about just how much Kamala Harris is on the minds of some Democrats. On a recent episode of The View, Joy Behar gushed that her dream ticket for 2024 might just be Gavin Newsom and Stacey Abrams.

OK, I know that Joy Behar couldn’t win a battle of wits with a dead goldfish, but it’s still pretty stunning that any of the Democrat pander harridans on The View would blank out on the HISTORIC FIRST Veep that we have when discussing scenarios where Biden might not run in 2024.

By the way, Stacey Abrams was in that very small employment pool I mentioned above and she lost out to Harris. That makes Behar’s comments even more embarrassing for whatever Harris supporters may be left in America.

It’s not surprising that Harris hasn’t done anything memorable as Joe Biden’s second in command. Democrats don’t have to be talented to go far in California politics, they simply have to be connected. Here is Stacey’s always unique take on part of the reason for Harris’s success:

Right now, the nation has a historic vice president. She is a woman and a person of color who even checks multiple ethnicity boxes. She is not just black; she is also Asian-American and the daughter of two immigrants. Her upbringing gave her a leg up on foreign policy, since Harris spent most of her formative years in Canada. Then she put her own legs up repeatedly, climbing the rungs of power by being San Francisco Mayor Willie Brown’s arm candy.

Kamala Harris was put in touch with all the right money Democrats in California and that’s the Golden Ticket in the Golden State.

Given the current state of President LOLEightyonemillion’s mental ability, Harris should be getting a lot of quality time in front of the public. Who better to keep him as far away from cameras and embarrassing moments than his HISTORIC FIRST one heartbeat away? Obviously, the trouble is that she’s a bigger train wreck in public than he is and she can’t even say it’s age-related.

For the moment, it appears that Vice President Harris has been filed under “Out of Sight, Out of Mind.”

Last chance to get in those digital cards and letters for Friday’s Mailbag of Magnificence!

Please consider subscribing to the Morning Briefing here. It’s free and it helps keep me off the streets.

The Mailbag of Magnificence contributions can be sent to [email protected].

#JustSayNo. Remake of ‘Wizard of Oz’ Will Have LGBTQ ‘Representation’

China Lectures the U.S. on Immigration

The USDA Is Practicing Crony Capitalism by the Billions

Whatever Happened to Linda Sarsour? New York Times Says Russian Trolls Got Her.

Unilever Doubles Down on ESG

How Embarrassing: It Looks Like Joy Behar Forgot About the Obvious Choice in 2024

Democrats Trying to Frighten Voters With Dark, Animated Imagery About the GOP and Cultural Issues

Schlichter. Of Course Ron DeSantis Will Run…and He May Very Well Win

Why a Judge Removed a Woke Virginia DA From Another Case

Cam&Co. DC says no right to carry on public transportation

House Democrat Lies About January 6th, Gets Eviscerated in Response

Oh. Breaking: Al Gore says the world is at a ‘tipping point’ for climate action

Become part of the PJ Media VIP party by subscribing here. Use promo code KRUISERMB to receive a 25% discount. Trust me, we’re having fun over here.

Me. Run, Beto, Run! Keep Being a Money Pit for Dem Donors!

This Could Be the Worst News for Joe Biden This Year

Inside the Aggressive Government Push to ‘Nudge’ You to Behave Correctly

The Left’s Sense of Entitlement Extends to Hollywood Celebrities

As Pandemic Relief Fraud Piles Up, 47 Fraudsters Abscond With $250 Million

15 of NASA’s Coolest Inventions That Regular People Use

Seagull With Diarrhea Barely Makes It To Crowded Beach In Time https://t.co/DJ1P16okE1 pic.twitter.com/a6d7UL6hgW

There are three clips here, all fun. The third one is mostly music but there’s a humorous thing with Craig and Geoff at the end.