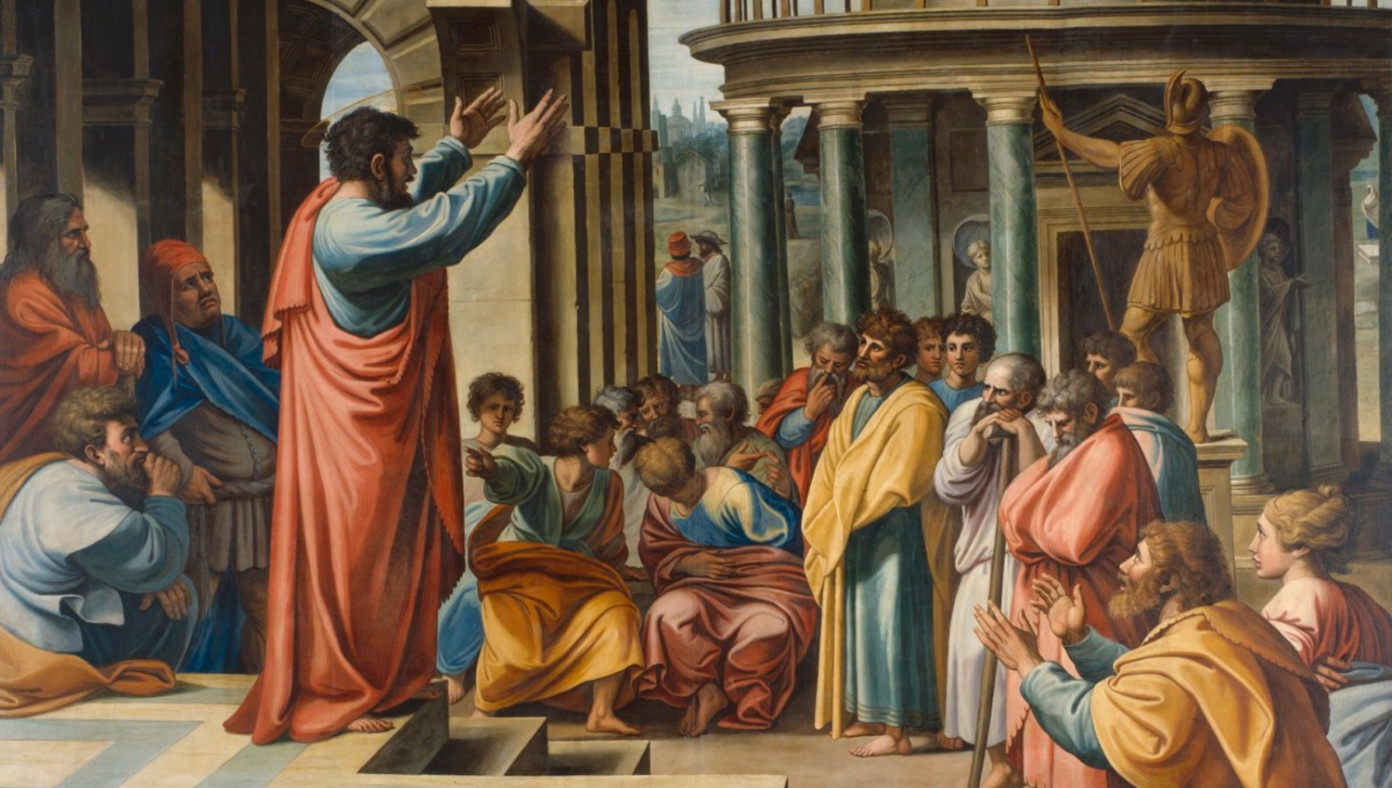 ATHENS – Following their sermon series tour in synagogues throughout Judea and Samaria, the apostles have come under fire for their message. Critics say that they have yet to publicly repent of their internalized whiteness, instead preaching “repentance of sin.”

“We object to ‘sin’ as a category. ‘Repentance’ sounds okay, as long as you’re repenting of internalized whiteness and you’re never forgiven or restored or brought into unity,” said Areopagus spokesperson Demetrius. Stoics, Epicureans, and other pagans at the Areopagus concurred, adding that backlash against the apostles was “understandable.” The message of repentance fails to acknowledge disparities of privilege and status among sinners, critics say, and disparity of wealth and power is the only real sin.

Aside from pagan blowback, respected religious leaders have also weighed in with agreement, adding that the apostles lack nuance and winsomeness by not acknowledging their historic status as oppressors. “The apostles are fixated on forgiveness and restoration, and they’re missing the main point: as white people, they are the ones who need forgiveness. It’s too bad they can’t ever have forgiveness. Because they’re white, of course.” When asked if the apostles count as “white” given that they’re Middle Eastern Jews, the religious leaders explained that “white” is more of an idea than an actual race.

At publishing time, the apostolic notion that “There is neither Jew nor Greek, there is neither slave nor free, there is no male and female” but “all are one in Christ Jesus” was labeled racist for failing to account for historic oppression of different ethnic groups.

Drew Barrymore says she can go ‘years’ without sex