AP African American studies will be offered for the first time. Here’s what students may expect 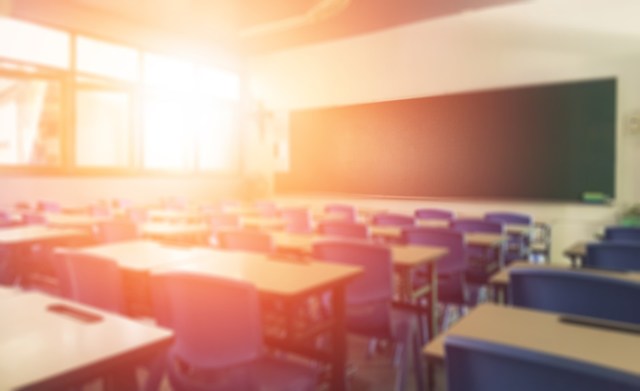 For the first time ever, high school students will have the opportunity to take an Advanced Placement course in African American Studies.

The College Board introduced the pilot program earlier this year and will be implemented in 60 schools across the country for its inaugural run. However, it is unclear in which states the 60 schools are located.

The class will be interdisciplinary, meaning students won’t just learn history but also geography, literature, art, music, politics and film to provide a comprehensive view of the African American experience.

For some, like Florida State University Schools teacher Marlon Williams-Clark, that means posing questions like “What does it mean to be Black?” to his class, which consists of mainly Black and brown students.

The exercise “40 million ways to be Black” became an impassioned discussion with his students, culminating in a piece by renowned scholar Henry Louis Gates Jr. that declared there is no one way to be Black.

For others, like Texas high school teacher Nelva Williamson, the program means the opportunity to delve deeper into the eras of Reconstruction and the Harlem Renaissance.

“In Texas, the Reconstruction Era is kind of skipped over and it’s looked at through the lens of being a failure,” Williamson said. “But in my own study of Reconstruction, political strength came out of that era of time for African Americans, taking agency over not only their bodies but what they were going to do, and the development of Black towns here in Texas, Oklahoma and Louisiana. I’m really looking forward to teaching that to give it a different spin from what our students have been told about it.”

Williamson, who has been teaching for more than four decades, said she wants the course to show that while the history of Black America isn’t always easy to hear, there was an “ascension” over the horrible things that happened, and it often came in the form of art.

“I really hope [students] are able to take away a deeper understanding of the whole breadth of history that African Americans played in the central part in the development of this country,” she said. “There’s harsh histories, their enslavement is something that really happened. But there is also these other things: people were enslaved or brought here forcefully, and then created a whole wonderful American culture.”

Williams-Clark said the addition of this course was a long time coming. Schools have consistently offered AP European History and AP World History, but adding AP African American Studies gave a level of “confirmation and legitimacy” to the subject, he said.

“The right time [for this class] was when Black students were first allowed to go to school, so this is well overdue,” said Williams-Clark. “I appreciate a course like this coming into existence to give students a chance to really interact with information that many adults will tell you they never knew, because it wasn’t part of the mainstream curriculum.”

And students have jumped at the chance to take the course.

Williamson said when the class was announced at Young Women’s College Preparatory Academy, her classroom was so full it was standing-room only.

During a recent class discussion, one student excitedly asked her if these are the experiences they can look forward to in college. Even the parents of her students have become excited, telling her they’re learning at home from their students as the school year gets underway.

Meanwhile, Williams-Clark is already thinking of an assignment that incorporates modern works like the new Black Panther movie to ask his students to identify African cultural representation.

He’s also considering looking at songs like “Lift Every Voice and Sing” or others from the Civil Rights movement and analyzing the lyrics, conducting lessons on understanding Black feminism and dissecting movies like Sidney Poitier’s “Guess Who’s Coming to Dinner.”

“To bring those ‘old things’ into the classroom and give it some relevance in which [students] can really analyze and connect it to the information that they’re learning in the class as well as connect it to what similarities and differences in today’s society is going to be really exciting for them to do,” said Williams-Clark.

The program comes at a time when education has become increasingly politicized, particularly curriculums that include issues of racial injustice and African American history.

Some have argued that such a course could become a framework for educators to teach critical race theory, which posits that race and racism have been rooted in American law and institutions since slavery and Jim Crow.

Since early 2021, 137 educational gag order bills have been introduced in 36 states, according to the free speech group PEN America, limiting instruction on race and LGBT history in the U.S.

Both Florida and Texas have enacted laws limiting how race is taught in schools.

The law includes language stating that a person should not be instructed to “feel guilt, anguish, or any other form of psychological distress” because of their race, color, sex or national origin.

In Texas, Senate Bill 3 passed last December, instructing teachers to “not be compelled to discuss a widely debated and currently controversial issue of public policy or social affairs.”

Neither the Texas nor Florida departments of education responded when reached for comment by The Hill.

The College Board hasn’t released a syllabus or curriculum for the course, but both Williamson and Williams-Clark said their curricula do not teach critical race theory.

Trevor Packer, senior vice president of AP and instruction at the College Board, told The Hill’s Changing America that the class will “introduce a new generation of students to the amazingly rich cultural, artistic, and political contributions of African Americans.”

Bed Bath & Beyond CFO fell to his death from NYC skyscraper

He added that the College Board hopes “it will inspire students with a fuller appreciation of the American story.”

For Williamson, the debate around how — and if — to teach race is precisely why a course like the AP African American Studies class is so important.

“This course comes at a time when there’s a lot of pushback against African Americans and in general people of color,” said Williamson. “There’s a lot of hate out there against minority groups and the only way that we could break that cycle of hate is through education.”

The history of Thanksgiving – Travel Tomorrow

something else to be thankful for

Saint Malo: The first Asian settlement in the US