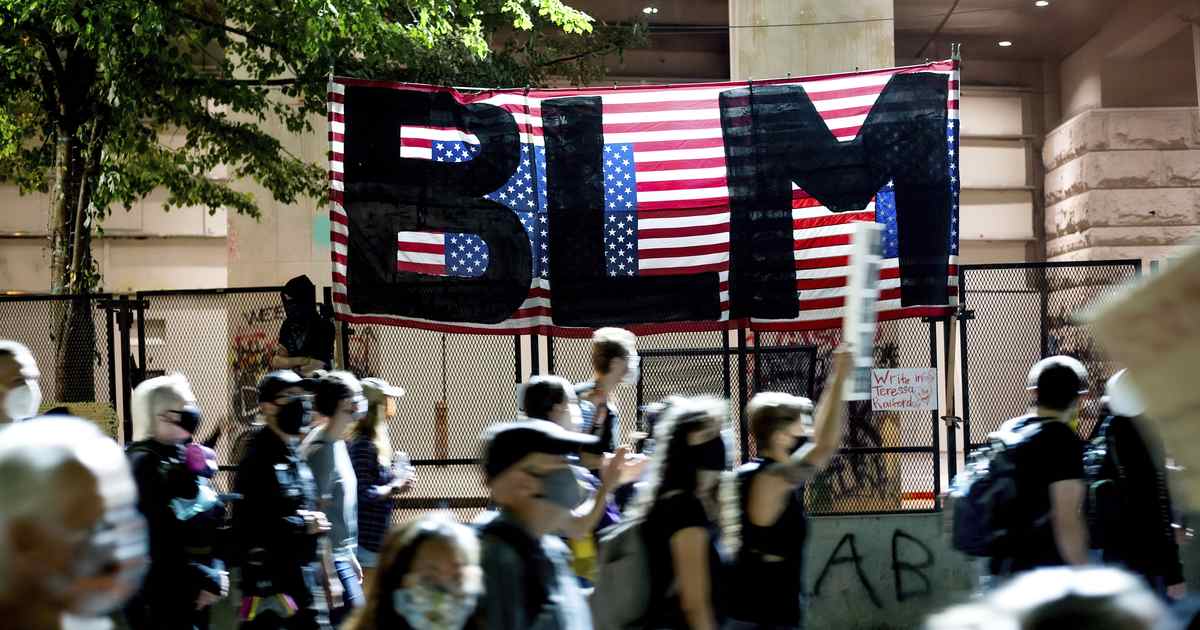 Over the last few years here at PJ Media, we’ve chronicled the wild and wacky adventures of Black Lives Matter leaders and their disappearing bank accounts, as well as their extravagant spending and their belief that they don’t have to file tax returns because they are “triggering.”


As you might expect, these misadventures have landed BLM leaders in hot water with Johnny Law — an uncomfortable fact that most of the media haven’t quite gotten around to reporting on yet.

After spending two years boosting the public profile of BLM, singing its praises, and painting its members as modern-day warriors for social justice, it’s kind of hard for the national media to switch gears and have to report that many of the BLM “leaders” are little better than common street thugs — thugs who have been handed a fortune in donations.

The leader of the national Black Lives Matter group has been accused of stealing more than $10 million from the charity’s donors.

Black Lives Matter Grassroots, a nonprofit group that represents local BLM chapters across the country, accused the BLM Global Network Foundation and its board secretary, Shalomyah Bowers, in a lawsuit Thursday of fraudulently siphoning over $10 million in “fees” to Bowers’s consulting firm. The lawsuit, which was filed in Los Angeles Superior Court, says Bowers treated the BLM Global Network Foundation as his “personal piggy bank” and has acted as a “rogue administrator” and “middle man turned usurper.”

Last March, Monica Cannon-Grant, a Black Lives Matter (BLM) leader in Boston, and her husband, Clark Grant, were indicted on charges of fraud and conspiracy. The amateurish management of many chapters was unable to develop systems to keep track of cash that was being dumped into the organizations faster than they could handle it. Large sums of money in some chapters have been lost due to poor bookkeeping rather than criminal activity. The legal case against Cannon-Grant is continuing.


But this is different. The finances of the BLM Global Network Foundation are so screwed up that up to $60 million may be missing, according to the Tides Foundation (John Kerry’s wife’s non-profit).

The lawsuit was announced Thursday at a press conference hosted by BLM-Los Angeles co-founder Melina Abdullah, who accused Bowers of shutting her and other leaders out of social media accounts in March.

Abdullah estimates that the BLM Global Network Foundation’s financial accounts hold in the region of $100 million. She accused the board of directors of “engaging in self dealing, enriching themselves off of the backs of people who put their blood, sweat and tears into this movement.”

The lawsuit accuses Bowers of leading the foundation “into multiple investigations by the Internal Revenue Service and various state attorney generals, blazing a path of irreparable harm to BLM in less than eighteen months,” according to the Los Angeles Times.

Now, BLM Global is demanding the Tides Foundation release the money that it is holding in trust until the organization’s finances can be cleared up. But the Tides Foundation refuses to release any funds “due to the charity’s failure to file tax documents on time, as well as questions surrounding its purchase of a $6 million mansion in Los Angeles in October 2020 with donor funds,” according to the Examiner.


That $6 million mansion was bought by BLM co-founder Patrisse Cullors who has since parlayed her notoriety into a fortune worth millions of dollars. She’s under investigation by several state attorneys general, including California’s AG, for the sketchy finances of BLM.

This is not going to be the last criminal indictment against a Black Lives Matter leader.

Richard Simmons and I ‘had so much fun together’ before he left spotlight, Denise Austin says: ‘Greatest guy’