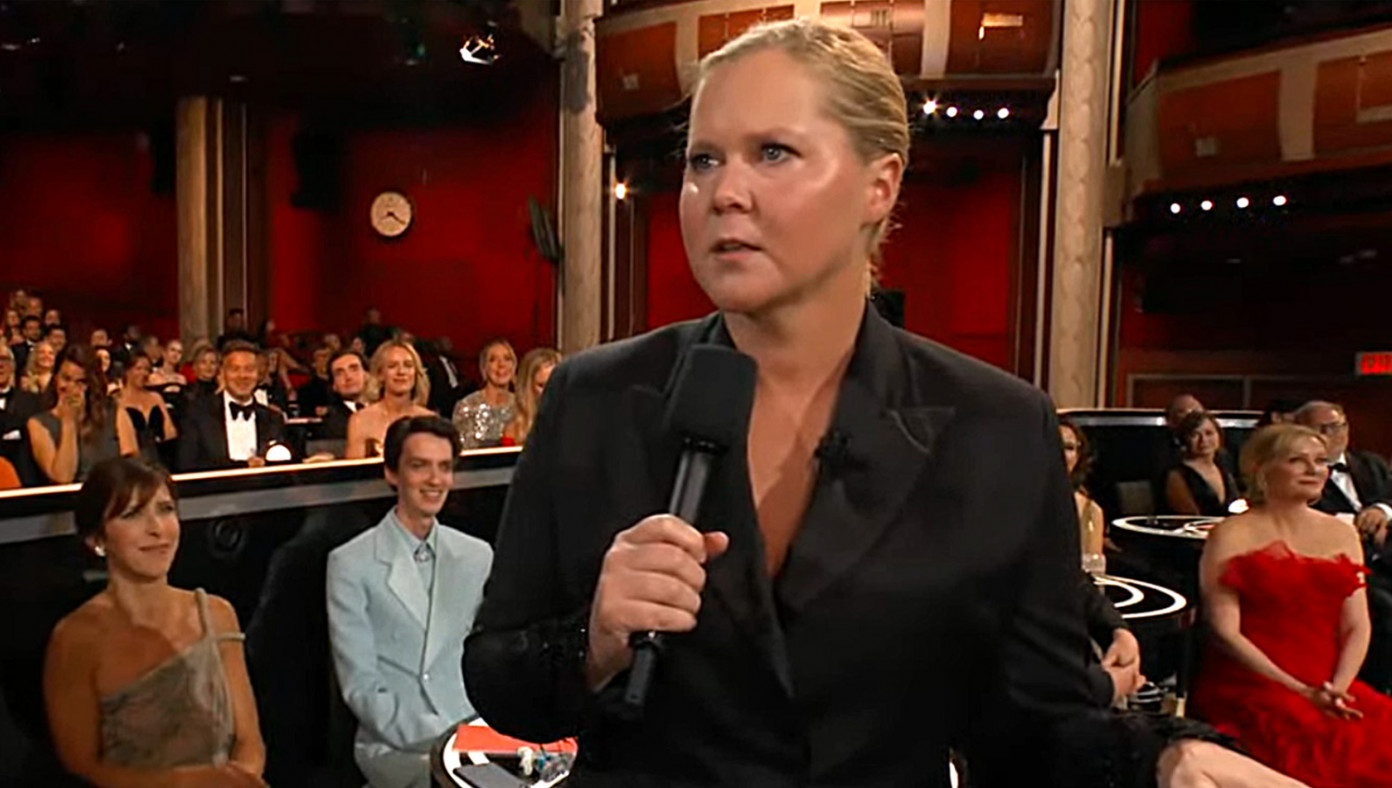 LOS ANGELES, CA – After an eventful Oscars ceremony in which Will Smith assaulted Chris Rock over a quip about his wife’s hair, comedienne Amy Schumer became horrified by the realization you can now get slapped in the face for telling a bad joke.

“Wait, we can get slapped for this now?” she said wide-eyed. “Bad, poor-taste jokes about female body parts are all I know. Does that mean a psycho Hollywood star can slap me and just walk away and still get an award? Oh no! I have to get out of here!”

According to sources, Schumer will be in hiding for several months until she can come up with material unlikely to get her slapped. “I have to get back to the basics,” she said. “What is a joke? Can anyone tell me?”

With the comedy world having been put on notice, many comedians are deciding to avoid telling jokes to roomfuls of mentally ill narcissists for the time being.