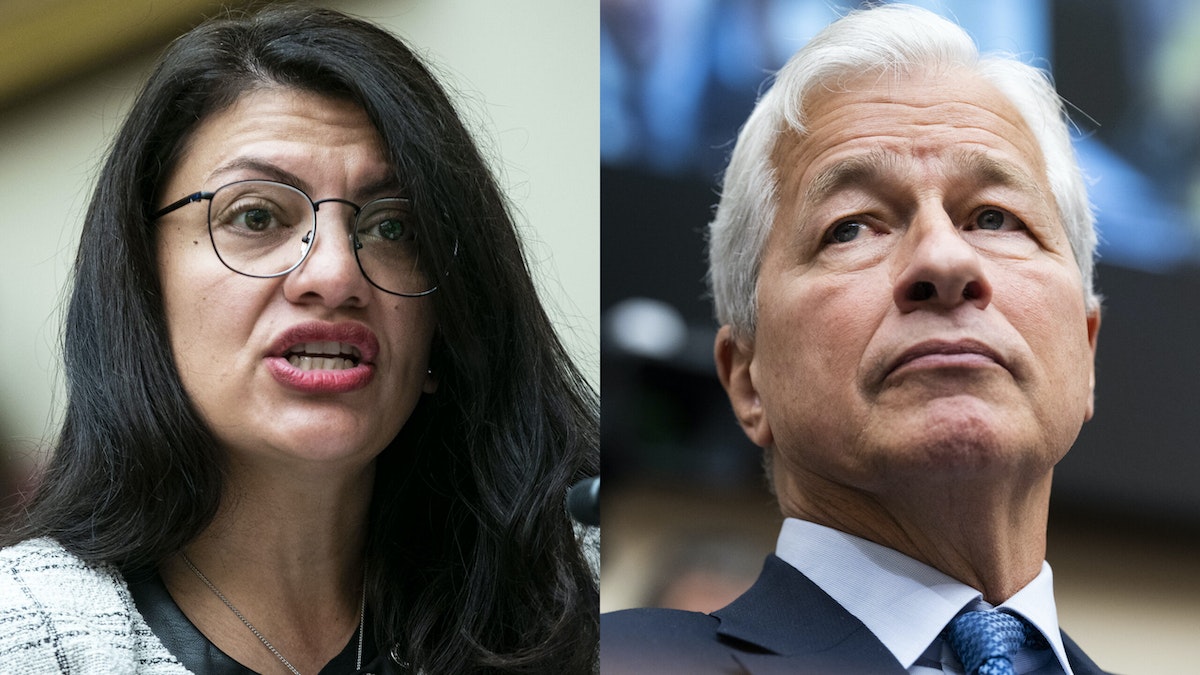 Far-left Rep. Rashida Tlaib (D-MI) lectured top bank executives during a House Financial Services Committee hearing on regulatory and oversight matters in the banking industry Wednesday afternoon, but she did not expect the response that she received from the most powerful executive in attendance.

CEOs from America’s six largest banks were asked to address serious issues by some members, such as the influence of Chinese banks and the impact of war and the pandemic on the economy and inflation. Other members, like Tlaib, focused on woke issues, like the climate change.

“You have all committed, as you all know, to transition the emissions from lending and investment activities to align with pathways to net zero in 2050,” Tlaib began. “Do you know what the International Energy Agency has said is required to meet our global 2050 net sterile targets of limiting global temperature rise to 2.7 degrees Fahrenheit, or 1.5 degrees Celsius? So no new fossil fuel production starting today, that’s, so that’s like zero.”

“Please answer with a simple yes or no — does your bank have a policy against funding new oil and gas products?” Tlaib asked. “Mr. Dimon?”

“Absolutely not,” Dimon responded. “And that would be the road to hell for America.”

“Yeah, that’s fine,” Tlaib responded. “That’s why sir, you know what, everybody that got relief from student loans, has a bank account with your bank should probably take out their account and close their account, the fact that you’re not even there to help relieve many of the folks that are in debt, extreme debt because of student loan debt, and you’re out there criticizing it.”

Tlaib later claimed without evidence that Dimon “obviously” does not “care about working class people and frontline communities like ours, that are facing huge amounts of high rates of asthma, respiratory issues, and so much more, cancer rates are so high among my communities that I represent.”

Rep. @RashidaTlaib challenges bank CEOs to agree to stop funding fossil fuels, is rejected by every single one

Jamie Dimon: “That would be the road to Hell for America” pic.twitter.com/U7yr6AbtyF

If GOP Plays Games in Speaker Elections, Dems ‘Could End Up Picking Who the Speaker Is’