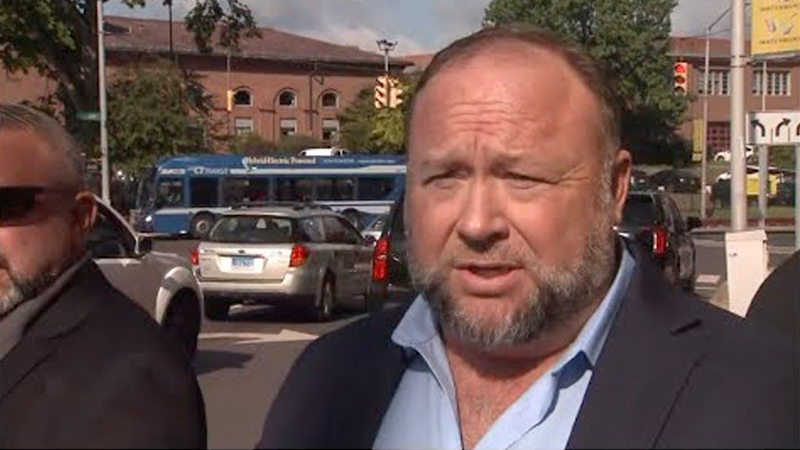 Alex Jones arrived at the Sandy Hook show trial in Connecticut Tuesday where he told reporters he’s essentially been ordered to endure a “struggle session” right out of the communist Chinese playbook and that he’s not allowed to profess his innocence.

“This judge is a tyrant … This is the murder of American justice.” pic.twitter.com/wFUAx5VTda

“The judge has found me guilty despite the fact that we turned over all of the discovery,” Jones told members of the press outside the courtroom. “They didn’t have a case so they had to default me.”

“This has never before been done. It’s a ‘struggle session‘ right out of communist China or South Africa. This is serious tyranny regardless of what you think about me, or how the media’s twisted what I’ve said over the years, I’ve apologized for past things I’ve said that hurt people’s feelings.”

“But I wasn’t the first person to question Sandy Hook,” he continued, “and I apologized years ago.”

#AlexJones called the judge in his Connecticut defamation case a “tyrant” while speaking to the press outside the courthouse on Tuesday. “This judge is ordering me to say that I’m guilty and to say that I’m a liar,” Jones said. “None of that is true.” pic.twitter.com/wsj3PMVJOp

The embattled Infowars founder argued opposition lawyers are using the Sandy Hook families as a cudgel to destroy the God-given bedrock principles enshrined and protected in the US Constitution and the Bill of Rights.

“They have misrepresented what I’ve said and done. There’s a whole industry of lawyers around these families that have sued Remington won $73 million and won all these other lawsuits and they simply now are not only coming for the Second Amendment but the First Amendment.”

“This is a travesty of justice and this judge is a tyrant. This judge is ordering me to say that I’m guilty and to say that I’m a liar. None of that’s true. I was not wrong about Sandy Hook on purpose. I questioned it just like Jussie Smollett, just like WMDs in Iraq, just like Gulf of Tonkin,” he said, going on to explain it’s because of these examples that he questions every major event.

“And so I’m being put in an impossible position inside this courthouse where I’ve been ordered to say I’m guilty.”

“Has anybody ever heard of someone being ordered to say they’re guilty?” he rhetorically asked the press, going on to point out he’s already been found guilty by default, and has thus been denied his right to argue his innocence.

“This is the murder of American justice. This is extremely dangerous and this is the judicial system on trial. They’re using these families for this. They have misrepresented what I’ve said and done and they have continued to use my name to fundraise for their gun control organizations. Now they’re openly launching an anti-free speech operation.”

In a tweet of Jones’ comments posted by @TheRecount, they claimed there’s “zero evidence” he’s been ordered to say he’s guilty, however, as noted by a third-party legal adviser in his previous Texas case, the default rulings against him, not to mention the fact the courts have prohibited Jones from arguing First Amendment violations or claiming the show trials are “rigged,” effectively mean he’s only allowed to say he’s guilty.

You have been denied your fundamental, constitutional due process right to present a defense in Texas or Connecticut. Both Judge Guerra Gamble (D) (Texas) and Judge Barbara Bellis have stripped you of your First Amendment rights for allegedly failing to provide enough discovery. Neither judge can deny that you responded to discovery, they just ruled that it was insufficient. The effect of these rulings, incredibly, is that you have been found guilty by two judges who never even held trials or heard any evidence.