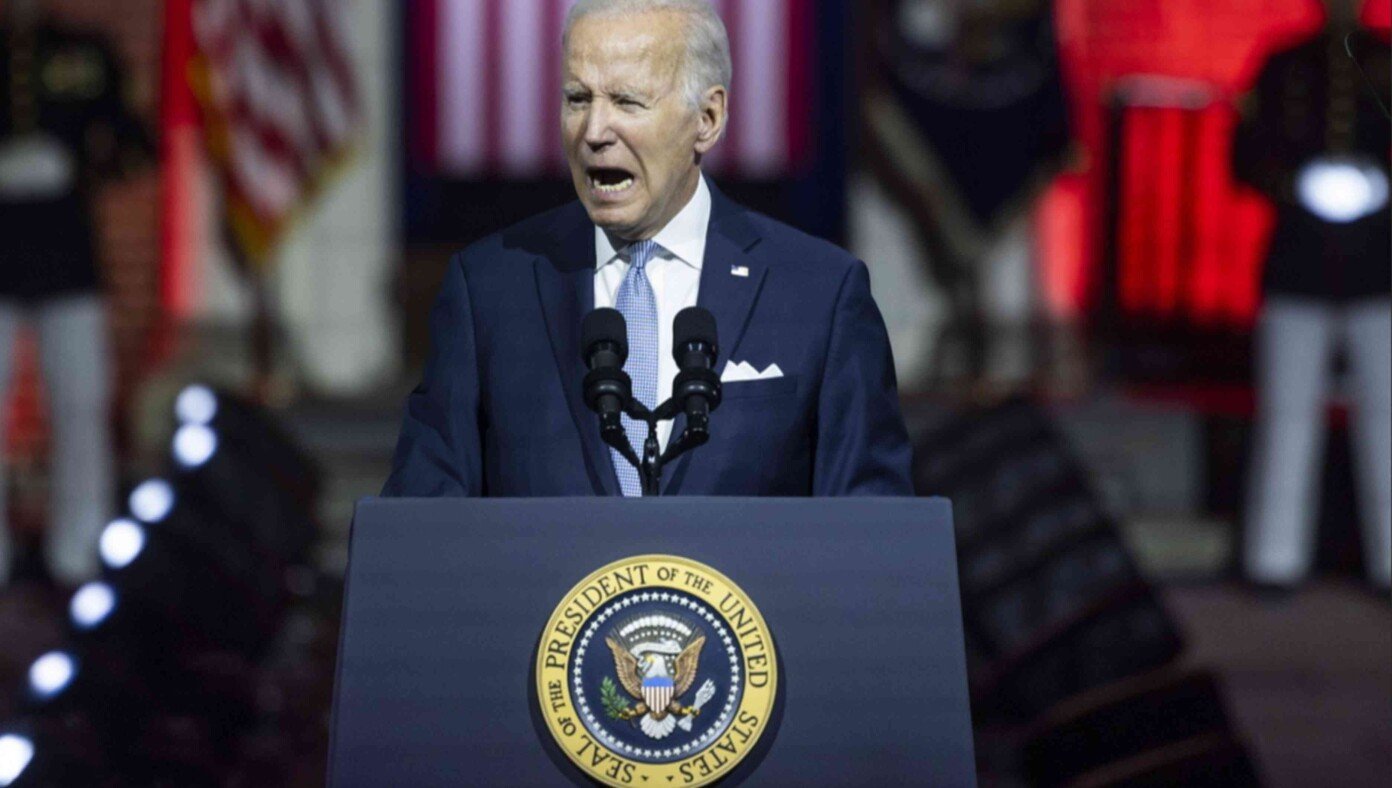 WASHINGTON, D.C. — Having politically weaponized federal law enforcement for his own political gain, President Biden has now taken to the airwaves to warn that democracy is in real danger.

“Folks, I’m using the feds as best I can to destroy my political opponents, but let me be clear: I’m going to have to break more laws and seize even more power if I’m going to stop fascism,” yelled President Biden, lighted in blood-red and surrounded by soldiers. “I don’t care if that means a federal takeover of elections, an overthrow of the judiciary – heck I don’t care if I have to use F-15s to carpet bomb every single Republican neighborhood in the country. We will forcibly commandeer every lever of power and communication our nation has – to, you know, defeat fascism.”

President Biden went on to call for the expulsion from democratic society anyone who questioned the integrity of an American election. “If you question an election’s fairness because our intel communities told media companies to bury damaging stories about me, or because COVID was used as an excuse to illegally change voting practices without legislative input, or because the FBI spied on Trump’s campaign after Democrats gave them a bogus dossier – then you have no place in civil society,” said Biden. “In fact, while we are at it, if you don’t support abortion through nine months, or the genital mutilation of children, you are an enemy of the state. And we will foment violent protests and assassination attempts to intimidate you – to save democracy.”

The Democratic National Committee, fresh off donating $40 million to elevate far-right campaigns, was reportedly taken aback by the comments. “Uh, yeah, those candidates we support are totally an existential threat to our nation, we really believe that,” said DNC chair Jaime Harrison. “Sure, we gave $40 million to elevate far-right candidates so we could use them as a pretext for seizing more power – but they are definitely the dangerous ones, not us.”

After calling Republicans subhuman, evil scum in need of annihilation, Biden then went on to say that America really needs to regain some unity and brotherhood.