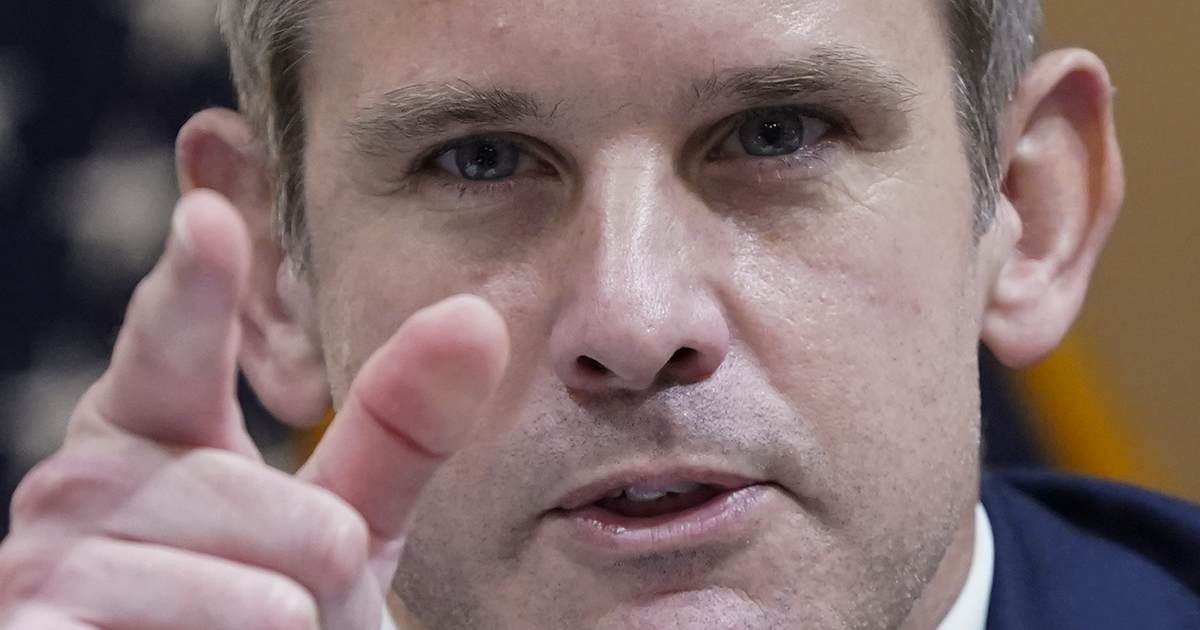 We reported Monday on how purported “Republican” Congressman Adam Kinzinger has gone from accusing Trump supporters of being “un-American” over the high crime of opposing DOJ-approved witch hunts against former presidents to leveling fraud charges against a private citizen who had the audacity to criticize his Royal Highness on the Twitter machine.

To quickly recap, X Strategies CEO Alex Bruesewitz replied Sunday to Kinzinger’s claim about how anyone who agreed with Trump’s criticisms of the FBI and DOJ was “un-American.”

“You praised Joe Biden for calling 75 Million Americans ‘enemies of the state’ but you’re angry that Trump criticized the corrupt & completely weaponized FBI & DOJ? Adam Kinzinger, you have issues man,” Bruesewitz wrote in what is one of the milder criticisms I’ve seen lobbed at Kinzinger over the years.

Instead of taking it like a man and making his case one way or the other, Kinzinger’s response was to accuse Bruesewitz, whose organization “promotes, advocates for, and helps elect” MAGA Republicans, of fraudulently acquiring PPP loans back in 2020 when the pandemic first started here in the U.S.

“Alex did you pay back your PPP loan despite having no employees?” Kinzinger retorted, following up with so-called “receipts” from ProPublica that he appeared to conveniently edit in order to cut off the bottom part that noted Bruesewitz indeed had two employees at the time the loan was approved, according to screenshots posted by Bruesewitz’s lawyer Jeff Clark, who sent Kinzinger a cease and desist letter that included the images, accusing him of “defamation” and of acting with “actual malice.”

In an update to this story, not only has Kinzinger not pulled the tweet after Clark demanded he do so within five days, but on Tuesday he responded by claiming he did have “the receipts” and would be flashing them shortly:

Typical Trump type. Speaks a tough game but when the fire comes back, can’t handle it. In fact the second you become a political consultant you become a public figure.

That said, later tomorrow, i will release more info in this. I always have receipts. https://t.co/pu6gNx9S9n

The big problem here is that Kinzinger does not “always have receipts,” as Bruesewitz pointed out:

I’m old enough to remember when @AdamKinzinger said he had “receipts” that proved Ray Epps wasn’t a fed. He never showed us those receipts.

Now he is saying he has “receipts” that back up the malicious defamatory statement he made against me. He doesn’t.

Not only that, but in a New York Times interview back in July 2021, Kinzinger accused sitting Republican members of Congress of “nurturing an insurrection.” Over a year later, and hasn’t dropped the receipts on that, either.

Relatedly, the discerning reader will note that Kinzinger said Monday that he had the “receipts” on Bruesewitz but flashed nothing but a deceptively edited screengrab. Surely if he had them at that time, he would have dropped them, because accusing someone of fraud against the federal government is a very serious allegation and one you better be able to back up ASAP.

Now Kinzinger’s claiming he’ll have the proof on Wednesday? If he’s telling the truth (which is highly unlikely), that raises even more questions. How is he obtaining them? By way of using his power as an elected official to obtain personal information about a private citizen?

You are a sitting member of the J6 Committee, which is still actively investigating @alexbruesewitz. You don’t get to defame him while investigating him.

Unless you feel like cutting Alex a 15M check, you should retract your malicious statement—immediately.

“Receipts” or not, to reiterate a point I made Monday, it should not be lost on anyone that Kinzinger, who loves to brag about his military service in defense of American ideals or whatever is using his vast power to try and silence private citizens who disagree with him, and to smear others who are merely exercising their constitutional right to criticize government institutions like the FBI and DOJ as “un-American.”

Kinzinger is also the same guy who has said he loathes Donald Trump because he believes he engaged in rampant abuses of power during his time in office by in part by allegedly targeting his political enemies. And yet what does Kinzinger do? Exactly what he’s accused Trump of, except with Kinzinger’s abuses, the “receipts” are plentiful and expose him for the utter fraud he really is.