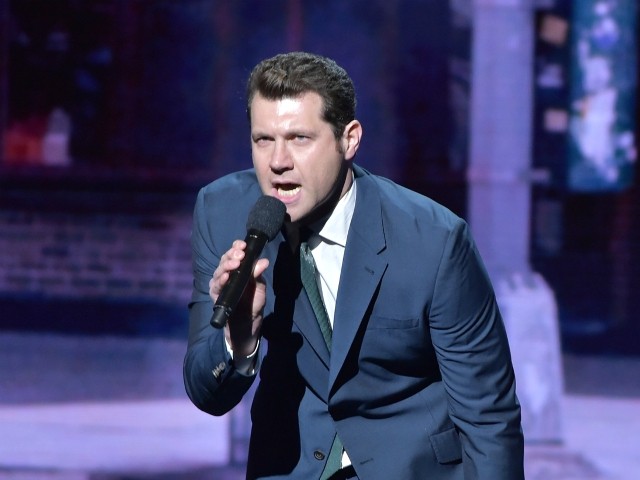 Actor Billy Eichner has spent years smearing conservatives and Republicans, attacking Christianity, and lashing out at just about anybody who disagrees with him politically. The star of Disney’s The Lion King just watched his $22 million LGBTQ romantic comedy make an abysmal $4 million in its Box Office debut over the weekend. In response to the film’s poor performance, an angry Eichner appears to blame (at least) two things: homophobia and “straight people in a certain parts of the country.”

The film, trumpeted as Hollywood’s first major gay romcom, initially received enthusiastic acclaim from critics but has been largely ignored by cinema goers.

It is estimated to have taken just $4.8m  in receipts – half of what Universal had hoped – during its opening weekend, UPI reports.

Eichner, 44, launched an angry social media screed late Sunday, telling “everyone who ISN’T a homophobic weirdo” to get out and get into theaters to support his effort.

“Last night I snuck in and sat in the back of a sold-out theatre playing Bros in LA,” he wrote. “The audience howled with laughter start to finish, burst into applause at the end, and some were wiping away tears as they walked out. Really. I am VERY proud of this movie.”

He then scolded: “Even with glowing reviews, great Rotten Tomatoes scores, an A CinemaScore, etc, straight people, especially in certain parts of the country, just didn’t show up for Bros. And that’s disappointing but it is what it is.”

Eichner told “everyone who ISN’T a homophobic weirdo” to go to see Bros.

Everyone who ISN’T a homophobic weirdo should go see BROS tonight! You will have a blast! And it *is* special and uniquely powerful to see this particular story on a big screen, esp for queer folks who don’t get this opportunity often. I love this movie so much. GO BROS!!! ❤️🌈

“You will have a blast! And it is special and uniquely powerful to see this particular story on a big screen, esp for queer folks who don’t get this opportunity often. I love this movie so much. GO BROS!!!” he added.

Eichner, a multi-millionaire in his own right with a net worth of close to $5 million, is the first openly gay man to write and co-star in his own major studio film. Eichner chose, however, to sell America on his film by repeatedly attacking half her citizens.
In late August, Eichner strode to center stage at the 2022 MTV VMAs and lobbed a smear-filled attack on what he called “all the homophobes on the Supreme Court.”

Please listen to @billyeichner’s speech on the #VMAs stage, and then listen to it again. 🌈 pic.twitter.com/ZRQLgvAYwc

That may pale in comparison to his rant last January, in which he said “Fuck Trump, fuck his whole family, fuck anyone that chose to work with him and fuck every single Trump voter. And guess what – I’m STILL with her you misogynist American dummies!!! Onwards.”