Abolitionism and the Underground Railroad discussed 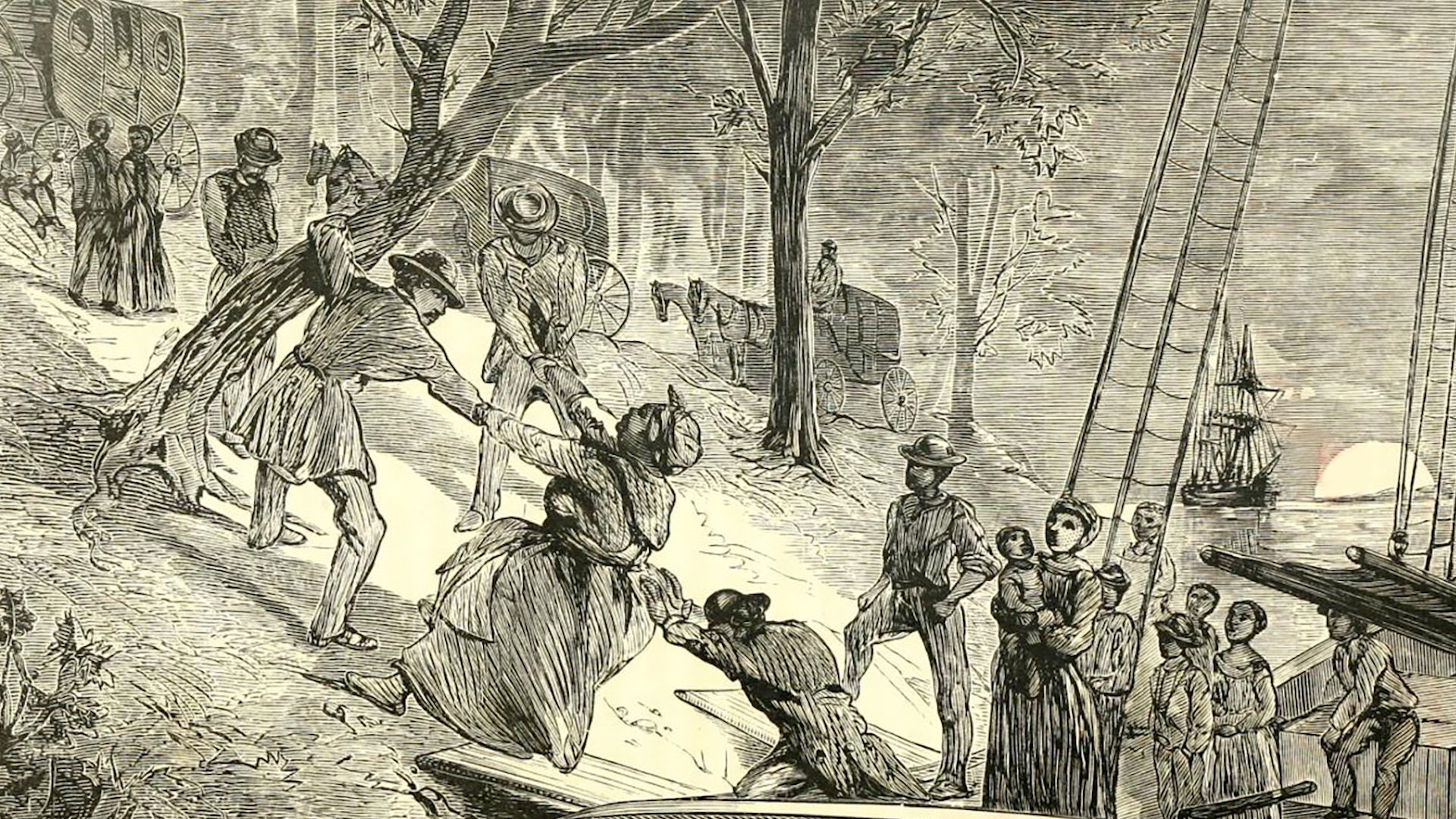 NARRATOR: Before the American Civil War, slavery was legal in the Southern part of the United States but illegal in the North. People opposed to slavery were called abolitionists, because they wanted to abolish the practice throughout the entire country. Abolitionists used a variety of methods to try to end slavery: abolitionist editors published antislavery newspapers; politicians, clergymen, and other community leaders gave speeches and sermons; poets and authors denounced slavery in their literary works. Abolitionists also outright defied the institution by helping enslaved Black people in the South escape to freedom in the North. The journey for people escaping slavery was long and dangerous. Many of them had to travel hundreds of miles across unknown terrain and rivers, with little or no resources. They all ran the risk of being caught and sent back south. The Underground Railroad was a secret organized system established in the early 1800s to help these individuals reach safe havens in the North and Canada. The network extended through 14 Northern states. The system used railway terms as code words: safe houses were called stations and those who helped people escape slavery were called conductors. Conductors included formerly enslaved Black people, such as Frederick Douglass, a prominent abolitionist who directed activities in Rochester, New York, and Harriet Tubman, who made some 13 journeys back south to lead others north. Tubman risked her own freedom each time she helped others escape and became known as the “Moses of her people.” Conductors also included white abolitionists, such as Thomas Garrett, who may have helped about 2,700 [ARF1]people fleeing slavery, and Congressman Owen Lovejoy, who spoke openly of his involvement in the Underground Railroad before Congress. The unofficial “president of the Underground Railroad” was Levi Coffin, whose home was known as the Grand Central Station. Many enslaved people—perhaps 2,000 or more[ARF2]–passed through Coffin’s care. They included Eliza Harris [ARF3]and her child, who made the perilous journey during winter and were forced to flee across the frozen ice of the Ohio River. Harris’s story served as the inspiration for the character of Eliza in Harriet Beecher Stowe’s novel Uncle Tom’s Cabin. Stowe—a friend of the Coffins—used her familiarity with the Underground Railroad to fill her novel with vivid depictions of the suffering endured by enslaved Black people. Her words helped inflame many white Northerners against slavery. Participating in the Underground Railroad could have dire consequences. The Fugitive Slave Acts provided for the capture and return of people who fled slavery, even from free states and U.S. territories. Upon return, freedom seekers faced harsh and potentially violent punishments. Anyone caught helping someone escape slavery could be sentenced to a fine or jail time. One abolitionist, Jonathan Walker, had his hand branded with “SS”—for slave stealer—for his efforts to help enslaved people escape to freedom. Because of the danger involved, few people kept records of the activities of the Underground Railroad, but it is estimated that 40,000 to 100,000 [ARF4]enslaved people journeyed to freedom along its routes.

[ARF1]This estimate still seems okay, especially with the “may have”—e.g., https://www.delawarepublic.org/culture-lifestyle-sports/2017-02-24/history-matters-thomas-garretts-trial-of-1848
[ARF2]The 3,000 figure (which comes from our articles) seems to be Coffin’s own estimate. The actual number is now estimated to be a little lower:

Dems ‘Off Track’ Worrying More About Pronouns Than ‘Inflation’

Did the U.S. Army and Marines Really Hate Each Other? Never Before Published Writings By Eugene Sledge May Change Your Mind

The original pronunciation of Elizabethan English