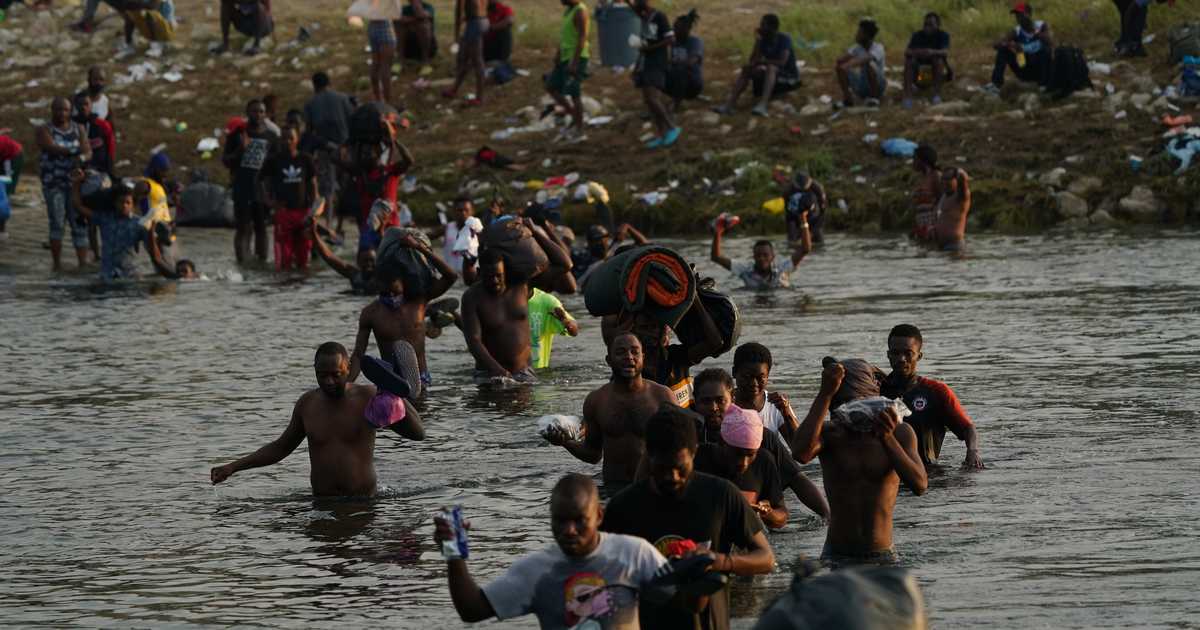 President Joe Biden has been spending his energies lately excoriating anyone who disagrees with him, but he’s spent little time doing his actual job–which includes managing the border crisis. On Thursday, tragedy struck again as 53 migrants attempting to cross the border illegally were swept away in the waters of the Rio Grande, with nine of them drowning. Seven more are unaccounted for. The sad death toll includes a 13-year-old and 14-year-old from Guatemala and two 16-year-olds from Mexico.

It brings back memories of the awful story in June when 53 illegals perished in a sweltering truck after the drugged-out driver abandoned them by the side of the road.

UPDATE: CBP confirms the bodies of 9 migrants have now been found. 7 more still unaccounted for. This is the deadliest mass drowning incident in the Rio Grande in recent memory. https://t.co/IasOeIsrZ6

As of this writing, 37 of those swept away had been accounted for and arrested. The news comes just days after Chief of the US Border Patrol Raul Ortiz placed the blame for the current illegal immigration crisis squarely at the feet of President Biden, saying Joe’s “no consequences” border policy has led to the unprecedented surge in crossings. Ortiz was speaking in a recorded deposition for a lawsuit brought by Florida Attorney General Ashley Moody against the Department of Homeland Security. The remarks were made on July 28 but only released August 30.

53 DEAD in a truck, 53 in a river, countless dead in ditches, gullies and desert throughout #TX23….how many more must die before Biden visits the border? https://t.co/AWnH7wcaTO

The border is quite simply overwhelmed. Border Patrol made a record 1.8 million arrests between October 1, 2021, to July 31, 2022; in one area, agents have arrested more than two dozen gang members, criminals, and sex offenders—this week alone. From Fox News:

Border Patrol agents have been dealing with a massive number of migrants hitting the border each month. There were nearly 200,000 migrant encounters in July, with more than two million encounters in fiscal year 2022 so far — a new record.

Meanwhile, more than 500,000 illegal immigrants have evaded Border Patrol this fiscal year, raising concerns that there may be criminals and gang members among those getting past agents. The Biden administration has claimed the border is “secure,” an assessment that FBI Director Christopher Wray did not directly endorse when asked by lawmakers.
(Emphasis mine.)

The problem is exacerbated at the Rio Grande river near Eagle Pass, Texas as waters are several feet higher than normal due to recent heavy rains. Currents are raging much stronger than usual and illegals are regularly getting taken off their feet and into the raging waves. Drownings are a regular occurrence—averaging almost one a day—and there have been many other tragedies, including when a 3-year old boy slipped from the grasp of his uncle and drowned. A 3-month-old baby was also taken to a hospital in critical condition after the incident.

The border crisis has been a consistent blight on the Biden Administration, but they just don’t seem to care. It’s easy to forget that Vice-President Kamala Harris was named Border Czar in March 2021, because she never actually goes there. Biden himself has never been to the border. It’s shameful. It’s not just the incompetence that’s so staggering—it’s the abject cruelty. People are dying, in often horrible fashion, while the administration simply turns its gaze.