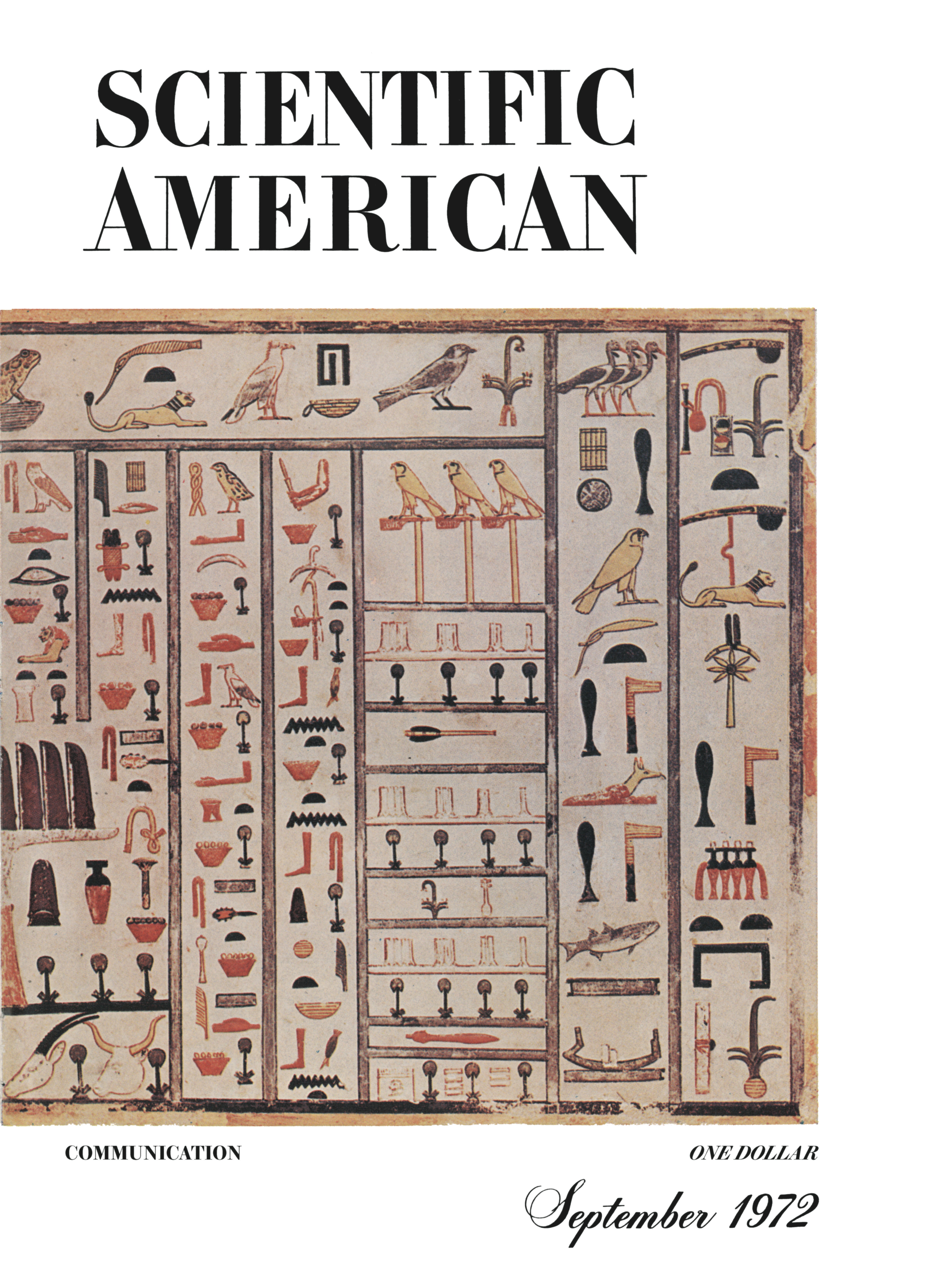 “In April a sequence of Morse-code V’s (dot dot dot dash) was transmitted by a beam of muons that passed through a five-foot wall and traveled 150 meters before reaching a ‘terminal’ consisting of two coincidence counters. The message was encoded by mechanically interposing or not interposing a three-inch block of brass in the muon beam every time a 12-billion-electron-volt synchrotron at the Argonne National Laboratory emitted a short burst of particles. The experiment was the first known use of a particle accelerator to transmit a message. Richard C. Arnold, who conducted the experiment, suggests that muon beams are potentially competitive with microwave-relay and satellite systems for long-range communication. Arnold says: ‘Designing and developing muon communication systems should provide experience that will be valuable in designing similar systems with neutrino beams. Such systems await the development of sufficiently massive detectors and sufficiently intense or energetic (or both) accelerator beams.’”

“Atomic clocks are getting accurate enough to directly test the general theory of relativity. If a clock is taken in an airplane and flown around the world eastward (the direction in which the earth rotates), it should run slow with respect to reference clocks at the Naval Observatory and lose time. If the clock were flown around the world westward, it would run fast. In October, J. C. Hafele and Richard E. Keating took four cesium-beam clocks made by Hewlett-Packard on regularly scheduled commercial flights around the world, once in each direction. The flying clocks lost 59±10 nanoseconds during the eastward trip and gained 273±7 nanoseconds during the westward trip, verifying the predictions of the general theory of relativity. The experiment may be the cheapest ever conducted to test the theory; it cost some $8,000, of which $7,600 was spent on air fare.” 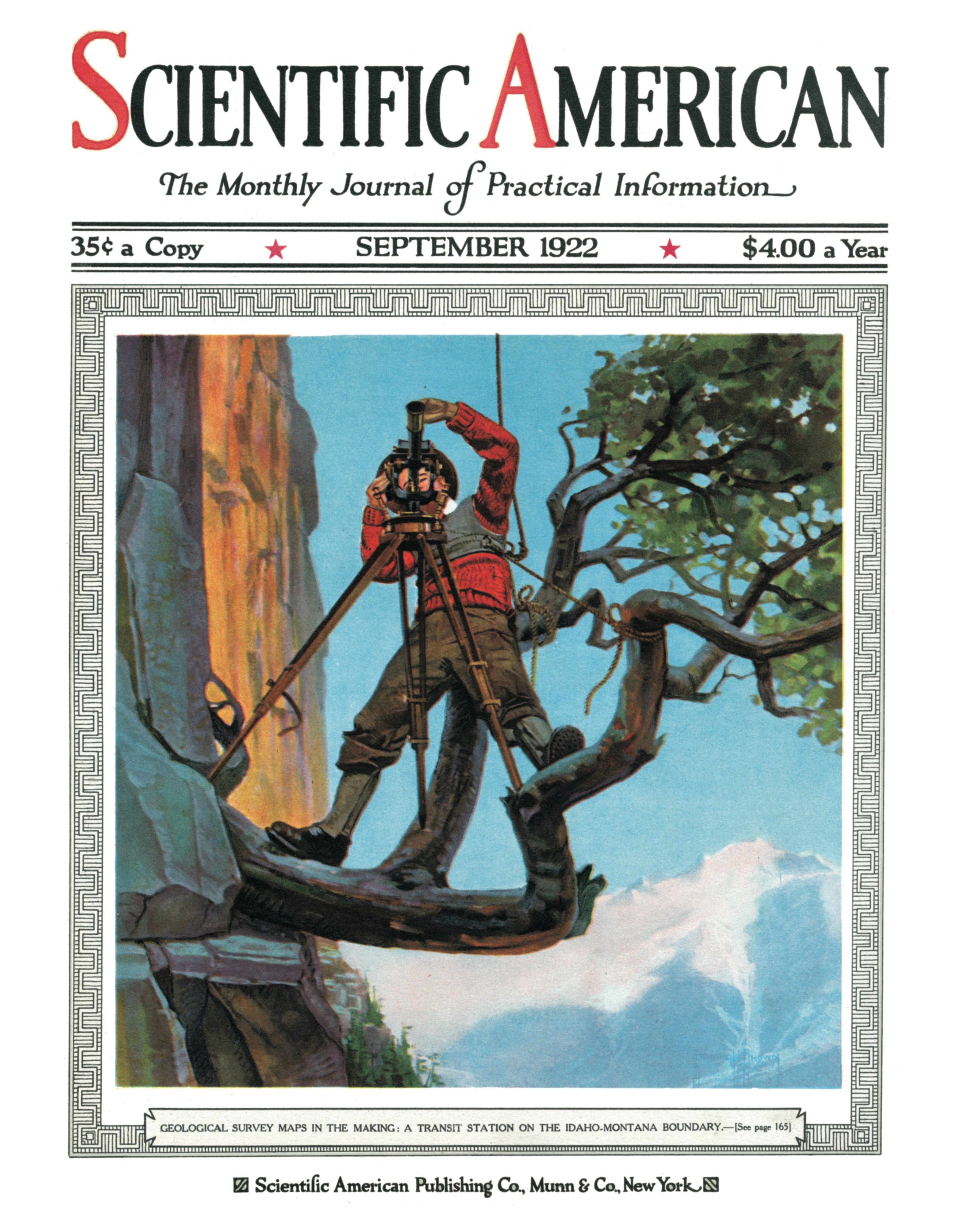 A Helicopter That Flies

“After nearly 20 years of experimentation, the famous inventor, Emile Berliner of Washington, D.C., and his son, Henry A. Berliner, have perfected the first successful helicopter which will rise perpendicularly and fly ahead. The aviator can direct its course whichever way he desires by tilting it forward so that it will fly horizontally. This tilting is accomplished by a small horizontal propeller located at the tail of the machine. During the tests the helicopter has not been operated at heights greater than 15 to 20 feet, and it has been flown at a speed of about 20 miles an hour. About the best many other inventors have done was to develop machines which would rise from the ground, but which failed in their efforts to fly forward on even keel.” 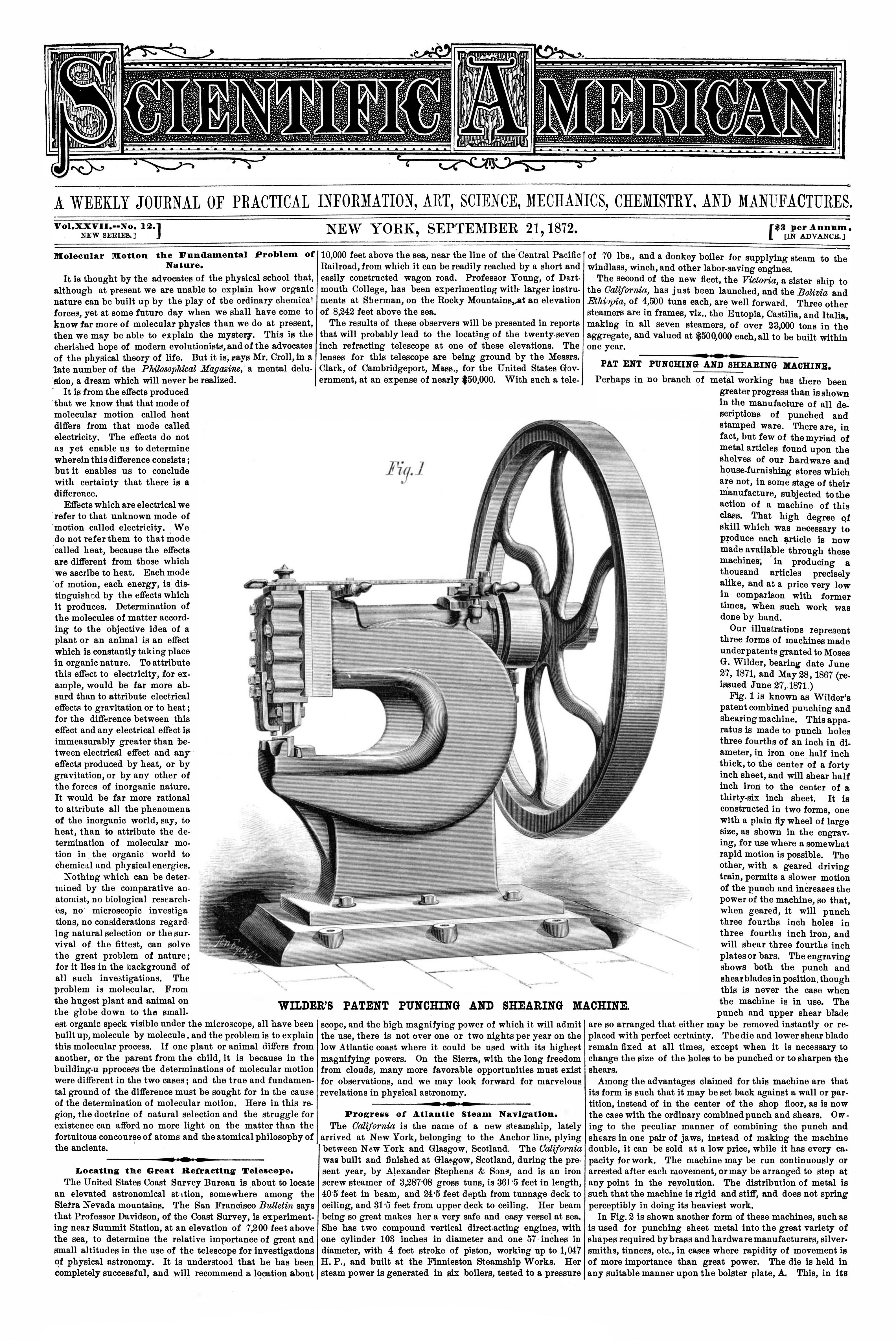 “In medicine, certain things are in fashion for a certain time. Bleeding and mercury have had their day; cod liver oil and chloral hydrate are already on the wane; alcohol and bullock’s blood are now in vogue among the Parisians—the former for fevers and all inflammatory affections, and the latter for anaemia and pulmonary phthisis. It is said to be a curious sight in Paris to see patients of both sexes and all ages who flock to the slaughter house every morning to drink of the still fuming blood of the oxen slaughtered for the table. According to M. Boussingault, of all nutritive substances, the blood of animals contains the greatest quantity of iron, and it is this which gives value to the new medicine.”

“A contemporary calls attention to the important uses of the sunflower. It will grow almost anywhere, and the growing plant and its flowers are well known absorbents of foul and miasmatic air. It is very productive of seed, yielding fifty bushels to the acre, which contain fifty gallons of easily expressed oil. The oil is readily burnt in lamps, and gives a clear white light; it can be used as a vehicle for paint, and is excellent for the soapmaker. The seeds can also be fed to poultry in winter, with advantage. The stalks yield a valuable product, a fiber of great strength and smoothness, which can be obtained by ‘retting,’ as is done with the stalks of flax.”

Philadelphia councilman calls out rampant crime in the state