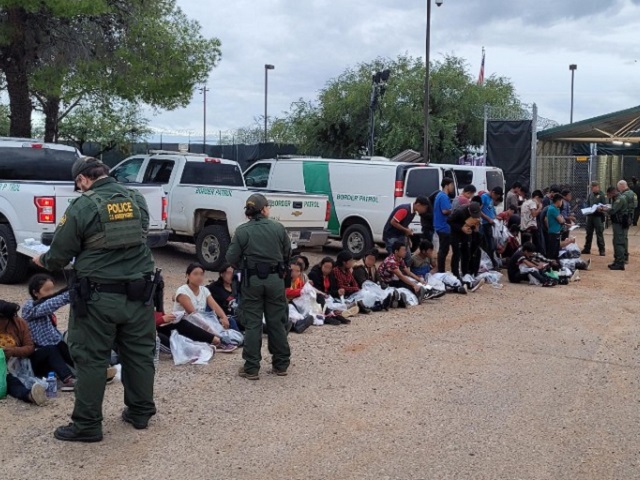 Border Patrol agents apprehended more than 181,000 migrants who illegally crossed the U.S.-Mexico Border in August, according to U.S. Customs and Border Protection documents reviewed by Breitbart Texas. The apprehensions are at virtually the same level as July.

Border Patrol agents working the nine southwest sectors of the U.S.- Mexico Border apprehended more than 181,000 migrants in August, a CBP document leaked by a source within the organization who spoke to Breitbart Texas under the condition of anonymity. This is down from the 196,514 apprehended in August 2021, but is up from 47,283 in August 2020.

With one month to go in the current fiscal year, Border Patrol agents apprehended more than 1.93 million migrants. This compares to the 1,659,206 for the entire Fiscal Year 2021.

Of the 181,000 migrants apprehended in August, nearly 117,000 were in the five Texas-based Border Patrol sectors, Breitbart Texas reported. Agents assigned to the Rio Grande Valley, Laredo, Del Rio, Big Bend, and El Paso Sectors apprehended approximately 65 percent of the total number of migrants taken into custody along the southwest border with Mexico in August, the source revealed. This represents just under 3,800 migrants per day being apprehended in the Texas-based sectors.

Bob Price serves as associate editor and senior news contributor for the Breitbart Texas-Border team. He is an original member of the Breitbart Texas team. Price is a regular panelist on Fox 26 Houston’s What’s Your Point? Sunday-morning talk show. Follow him on Twitter @BobPriceBBTX and Facebook.

Randy Clark is a 32-year veteran of the United States Border Patrol.  Prior to his retirement, he served as the Division Chief for Law Enforcement Operations, directing operations for nine Border Patrol Stations within the Del Rio, Texas, Sector. Follow him on Twitter @RandyClarkBBTX.

Layoffs Are Coming to CNN