Why the Media Has Shifted Gears on the VA Walmart Shooting

1 in 4 Democrats believe men can get pregnant 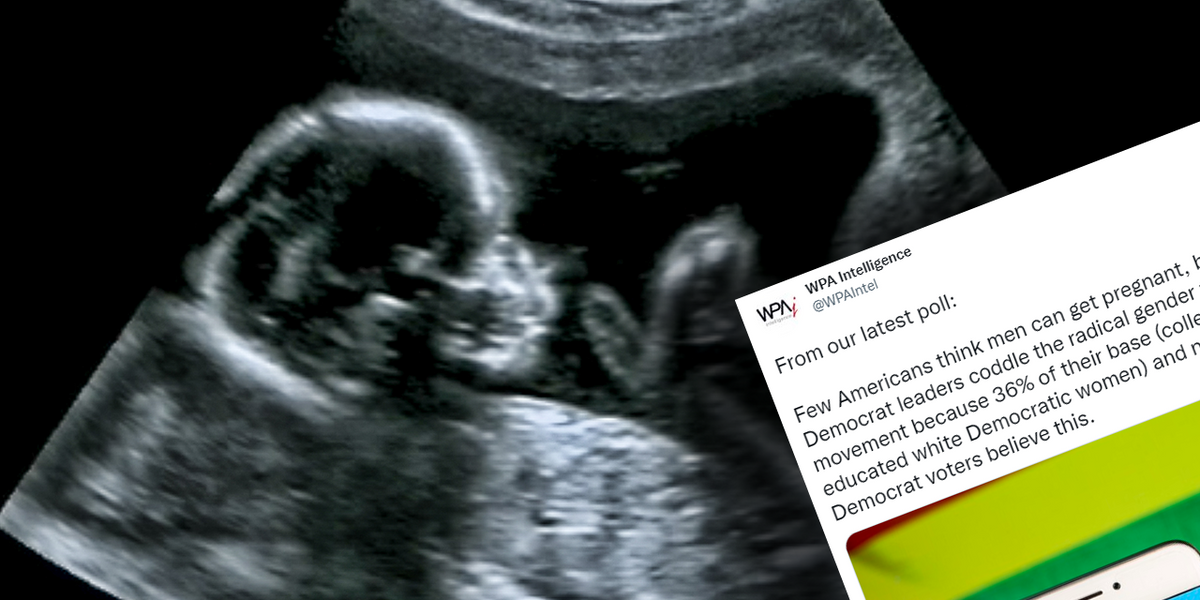 If you’re reading this, you probably saw the headline and wondered, “How many is a ‘not-insignificant’ number exactly.” Well, to me, one person believing that men can get pregnant is too many and thus not-insignificant. That’s clearly a sign of some severely delusional thinking or incredible ignorance. And I’m guessing the people answering these polls are old enough that they should understand basic biology. But it’s far more than just one person.

According to a poll by WPA, nearly a quarter of Democratic voters believe men can become pregnant. (h/t Daily Wire)

“Few Americans think men can get pregnant, but Democrat leaders coddle the radical gender theory movement because 36% of their base (college-educated white Democratic women) and nearly 25% of Democrat voters believe this.”

That’s what I mean by not-insignificant. It is very significant that nearly 1 in 4 people voting Democrat this November don’t understand basic biology. Make no mistake, these idiots are voting. They’re probably also procreating (maybe not) and driving cars… And while they may be stupid electric vehicles, a thousand-pound battering ram is still dangerous in the hands of an imbecile regardless of if it’s rolling coal or dying outside coal mines from time to time.

This is just one reason among many why I find it difficult to take these people seriously. However, I would like to hand them an anatomy textbook, turn it to a page on the male reproductive system, and ask them to explain to me how it is men can get pregnant and give birth. I’m morbidly curious.

Are We Ready for the ‘MuskPhone?’ Elon Teases Making His Own Smart Device – RedState

Moore to the Point – Count Blessings Not Costs – RedState